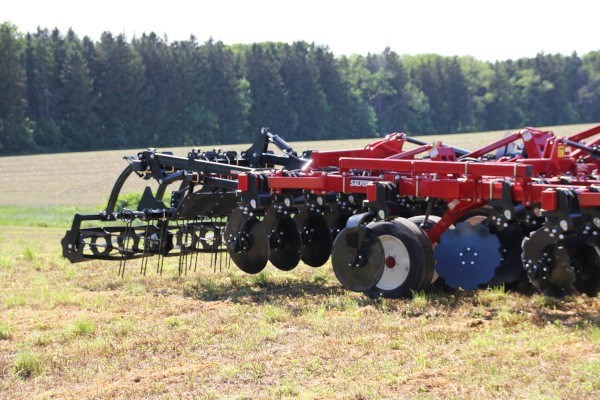 Fast & Aggressive – The 5200 ENFORCER expands on the capabilities of its predecessor, the I-5100, in tough field conditions. The ENFORCER is engineered to level and uniformly mix soil and residue between 3” and 5”. The redesigned blade layout increases the stability of the machine.

COMPOUND BLADE ANGLE
The 5200's patent pending rubber suspension blade mounts hold the blade on two angles; the first three rows are open faced similar to position the blade similar to the angled gang on a tandem disc.
The blades are also tipped under to create suction that holds the 5200 in the ground when going through hard soil.

FOUR ROWS OF BLADES, TWICE THE WORK
Four rows of concave blades replicate two passes with a tandem disc. The result is a superior residue blend and field finish in one pass that is often ready as a stale seedbed in the spring.